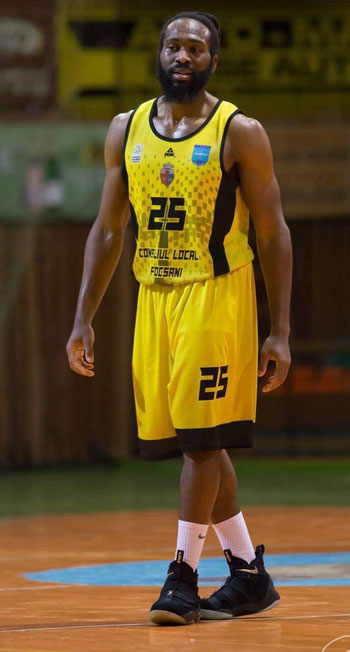 When it comes to pursuing your dream of playing basketball professionally overseas, there are loads of trainers that talk a good game, but Matt can help you make it happen. After graduating college, I relocated to Portland (2016) to continue pursuing the opportunity to play professionally overseas. Later that year, I met Matt through a mutual friend who knew my intended goal. She said he was a good “basketball” connect, trainer and a great person to know. She was right! Matt and I connected (2017) and I started doing 5am workouts with him and some other players he was developing. From the very start, I loved the workouts. They were quick and intense. And unlike other trainers, with Matt I immediately saw the benefits of finding someone as committed to his craft, as I was.

During that time, Matt invited me to attend his OBC (Overseas Basketball Combine) in Las Vegas, NV. July 2018. Truthfully, I was hesitant to attend his combine because it wasn’t until the following summer, which seemed so far away. And, over a two-year period I’d attended several combines that had failed to deliver what was promised, which was an opportunity to showcase my talents in front of coaches specifically seeking players and offering legitimate contracts to play professionally overseas. However, Matt was different. He wasn’t like other trainers who went above and beyond by making unrealistic promises. I knew I could trust him. He was serious about putting in the work consistently to get results and had thus far, as his client (trainee), helped me develop more as a player. Also, we’d built a great friendship. After giving it some thought I decided, “Why not?’ “I’ve got nothing to lose.”

Finally, the time came for Matt’s, OBC (Overseas Basketball Combine). It was held in Las Vegas, NV July 11-14, 2018. OBC was the most professional combine I’ve ever attended. From the application process, registration, location, hotel and general information on what to expect, Matt and his staff did an amazing job organizing and running the OBC. The structure and setup was clear, logical and effective. All games, drills, scrimmages, and workouts occurred as scheduled and each player was given the opportunity to showcase their talents in hopes of being selected to play professional basketball. Honestly, it felt great to compete with the best, increase my exposure and show my ability in front of international coaches, trainers, NBA scouts and G-league personnel that could result in what could be a life changing experience. Looking back, OBC definitely helps get you to the next level, not to mention, the networking opportunities, video analysis, interviews and quality of prospects all around.

One week after OBC, I woke up to a job offer and contract to play professionally in Romania. I couldn’t believe how quickly everything happened. Because of the dedication and work I’d put in with Matt, I ended up landing my dream job as a Professional Basketball player. Matt had a huge influence on preparing me to showcase my talents when the opportunity presented itself. Matt’s professional standard is evident but, the one thing that separates him from other trainers is he actually cares about the relationship being built. I wasn’t just selecting to work with him, his choice was as deliberate as mine. Matt represents quality and I can truly say, even if I did not get my opportunity through OBC I’d still have a great friendship and keep in touch with him.

So, my advice to athletes, potential clients and parents that may be on the fence about working with Matt. Don’t hesitate. You’re reading this for a reason and if you want to experience the benefit of working with someone you can trust, and who will help you focus and prepare for the next level, Matt is your guy. His pro-style will help you develop that edge you’ll need. There are a lot of trainers, but Matt is the sole reason I decided to attend another combine and because of that, I was able to make the most informed decision about my basketball future. Give

I have been blessed to be around basketball my whole life and have met few people with the knowledge or passion for skill instruction and player development that Matt Conboy has. Hes great with people and serious about the investment that young people make in trying to improve their game. Expect results when you learn and work with Matt and his staff.

In this day and age, there are 15 trainers waiting in every gym to train your athlete. They show up with their “bag of tricks” and promise to get your kid to the next level. They yell, scream and some even curse. I’ve met them all. And ALONG COMES MATT CONBOY!

I have a son who is amazingly talented yet he was struggling with his confidence. Throughout the demanding workouts, Matt constantly encouraged him and let him know the importance of believing in hisself. The work was hard and pushed him to the limits. Yet he came away feeling like a million bucks because of what was poured into his heart and spirit. The words a 15 year old needs to hear.

Matt also works with my daughter! He never let her rest on her laurals of being “good enough!” If you can be better, then BE BETTER!

He is so much more than a trainer. He is an teacher, an encourager, a good listener, and an empassioned athlete! He is a student of his craft, alwasy growing and expanding ALWAYS IN ALL WAYS! He will help your athlete “stretch their game!”

Call it luck or chance, but we were given an opportunity to meet Coach Conboy and participate in a Pure Advantage Camp in Hawaii a couple of years ago. My daughter was the only girl at this camp, but was treat as no less of a baller than any other participant. The intensity, structure, attention to detail, comprehensive drills, and mentorship that were provided instilled such a positive impression.

During the next couple of camps on Oahu, my son also participated along with a few players whom I’ve coached that are serious about improving their game. Each and every player that were invited were physically challenged and mentally tested throughout each session, but the rewards were invaluable. Following each of these camps, I’ve always witnessed a higher level of confidence and overall improvement in their respective game.

It wasn’t luck or chance, but a blessing that were able to meet and work with a high level and passionate trainer like Coach Conboy. The training and guidance provided are always treasured and words cannot express how grateful we are to have met and work with you. We always look forward the next session in the lab!