The Conboy Basketball Player Development Training Program’s goal is to develop the participant into the best basketball player they can be using the same intense, progressive techniques taught at the collegiate and professional levels. The program is an individual, small group, team, or coach training curriculum based on the skill set(s) and needs of the participants. 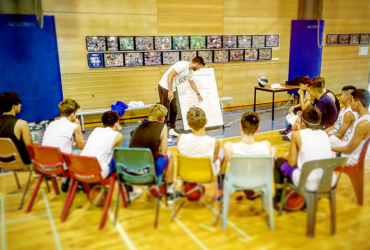 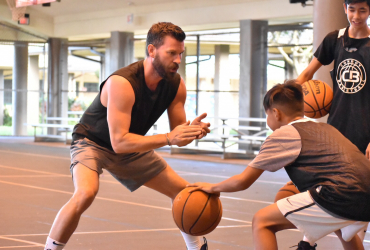 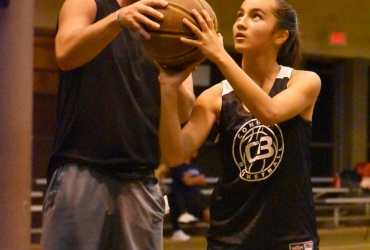 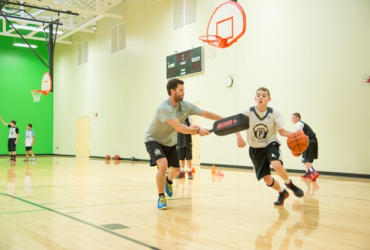 The Conboy Basketball Player Development Training Program’s goal is to develop the participant into the best basketball player they can be using the same intense, progressive techniques taught at the collegiate and professional levels. The program is an individual, small group, team, or coach training curriculum based on the skill set(s) and needs of the participants. The goals of this program are to develop individual basketball skills, confidence, and overall understanding of the game. Each player or group receives a specifically designed program developed by Matthew Conboy or another Conboy Basketball staff member based on his/her/their abilities, desires, and experience. We are prepared to cover every aspect of the game.

Each session is individually scheduled based on the participants personal schedule. We will develop a program based on the participants input or simply prepare the training session(s) from our own experiences with the age level of the individual or group. Each session lasts 60 to 120 minutes and the player or group may register for as few or as many as they desire; although we recommend that any individual or group deciding to take part in the Conboy Basketball Player Development Training Program register for at least 10 sessions to ensure the necessary time needed for the player to understand, develop, and improve their skill set.

These sessions are for players who seek 1 on 1 attention to maximize their skill development. These workouts are designed to replicate the pressure of game speed situations and assist in the execution of basic and advanced fundamentals under that pressure. We encourage our athletes to get out of their comfort zones and make mistakes as a part of the learning and developmental process.

We offer our training sessions in Portland/Vancouver but can also travel to you!

Small group training allows players to work on their skill development in an intense and forward thinking atmosphere. These sessions contain the same fundamental curriculum and concepts as the 1 on 1 workouts but allow for situational competition and workout variations. Small group workouts typically consist of 2-6 players.

Teams rarely focus on individual skill development, instead, their primary focus is on the offensive system being ran, but if you can’t pass, can’t pivot, and can’t dribble, it doesn’t matter what offense is run as even the best of those systems are ineffective without execution of proper fundamental skills.

Team training sessions are geared toward developing individual skills within a team environment using that team’s concepts and philosophies.

This option is tremendous for a coaching staff or youth basketball organization looking for an edge over the competition. Bring us in to increase competency and overall knowledge for individual player development and to re-energize your program or organization. Gain new concepts, drills, techniques and teaching methods to incorporate skill development into your daily practice plan or off season workout programs for your players. 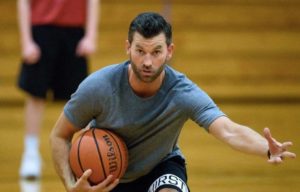 Matt Conboy | Matt’s passion, enthusiasm, and innovative training techniques leave a lasting impression on every player and coach he works with. He has spent the past 11 years developing his progressive curriculum with Conboy Basketball. He has orchestrated multiple camps in China, Australia, Philippines, Mexico, Canada, Poland, Hawaii, Alaska, and all over the rest of the United States.

Matt has a special ability to connect and reach players. He can adapt and motivate at all levels from elementary to college/pro. From 1 on 1 training to large camps Matt does it all. He uses a holistic approach to challenge players on every level mentally, physically, and emotionally. Matt has trained and worked players of all skill levels and abilities. Matt is dedicated to continue to progress and learn from the best in the world.

Matt is the founder and director of Team NW Reign basketball club. He currently works as the lead scout and skill director for the NBA and WNBA overseas combine. He also serves as a camp director/trainer for Max Hoops, Driven Training, Open Gym Premier, and John Lucas Enterprises. 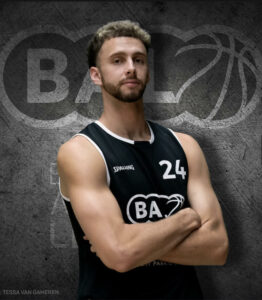 Trevor Jasinsky | Trevor grew up in the Camas area and attended Camas High School, graduating in 2015. There he enjoyed a standout career that included being a McDonald’s All-American nominee, First Team All-Region, MVP of the Washington vs Oregon game, and helping lead Camas to their first state appearance in over 51 years.

After high school Trevor attended Western Washington University where he continued his success. By the end of Trevor‘s college career, he had become a two time conference champion with one tournament MVP, Two time first team all GNAC, Two time All-West region, and ended as 1 of 5 players in the program history to be top 10 in both points and rebounds.

Trevor decided to play professional basketball and started his career with BAL in the Dutch Basketball League. There he led the team in scoring, was second in rebounds, second in assists, and second in blocks. Trevor helped his club make the playoffs for the first time in history and win the DBL cup for the first time in 20 years, scoring 27 points in the championship game.

Trevor has been doing individual and group training since entering college, and has always had a passion for teaching the game of basketball. He has been training with Matt since his senior year in high school, and credits him greatly for contributing to his basketball success. 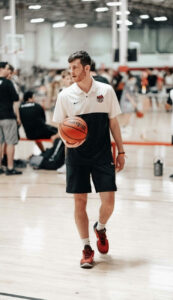 Alex Glikbarg | Alex, a PNW native, graduated from Camas High School in 2017. There, he had a strong basketball career, lettering on varsity for three years. His senior year he led the Papermakers to their second tournament berth in the last 53 years, leading the team in both points and assists. He was first team all league, all region and an honorable for all state. His senior year he earned a spot at the Les Schwab Roundball Shootout game and won their Slam Dunk Contest.
He attended Washington State University where he received his Bachelor’s Degree in Marketing. During his time in Pullman, he earned a spot on the Pullman practice team called the “gray squad”. He was also able to spend a lot of time in the gym with Texas Longhorn Legend, Coach Kamie Ethridge and former WNBA star and 3 point champion Laurie Koehn. There, he got to dissect the basketball minds of two of the greatest coaches in Washington and learn to see the game from a different level.
In 2010, Alex joined Matt Conboy’s program Pure Advantage as a 5th grade player. Over a decade later, he is back with Conboy working as a trainer and coach. He has several years of coaching experience. His senior year of high school he was the head coach of a Camas High School project unified team. After his freshman and sophomore years of college, he returned to his Alma Mater and coached the freshman summer team.
Now, Alex coaches the NW Reign youth team, as well as the High School Boys Varsity team.
TRAIN WITH ALEX